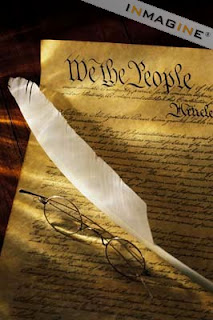 It was drizzling outside, a wet Saturday afternoon in the Berkshires. Inside, it was cozy and warm, with good food, good company and a Shabbat spirit encircling the lunch table.
The Four of July weekend and our conversation turned to politics, to the electoral campaign for president of the United States of America. Whatever our individual difference of opinion, we argued vociferously but respectfully, our debate sprinkled with humor and laughter. Aside from the serious analysis of the New York Times and other sophisticated media resources, we could not ignore the commentaries of John Stewart or Steven Colbert; nor was the late comedian George Carlin forgotten.
Beneath the laughter lurked the strains of anxiety and insecurity regarding America's future -the economic downturn, global warming, America’s ostensible decline and lack of respect in the international community, the prospects of another terrorist attack, the response to which could be a grandiose yet reckless and destructive presidential finale of a military assault against Iran- all worrisome scenarios and reasons for criticism of the Administration, politicians, the very fabric of American culture.
Yet, when we arrived at our friends’ country home, the front door was draped in red, white and blue and a small American flag sat proudly on the living room table. Our hostess informed us that her 90-year-old mother usually spent July Fourth with the family but this year was away. “She makes a big deal of the Fourth of July,” she added. ”It’s very important to her.” Her mother, as so many millions of Americans, had fled the persecutions of Europe and had found freedom and opportunity in America, something that so many take for granted, especially the younger generation. Perhaps that is why, as natural and necessary as it may be, protest and demand for change find its loudest voices among the young.
That soggy afternoon, I rediscovered a renewed sense of gratefulness for America, not because it is always right but because we are able to freely express what is wrong and at the same time be reminded of what is in fact so right about this very special and unprecedented community of individuals who continue to test the dream of democracy in a very dangerous and threatening world environment. Much needs to be changed; much needs to be upheld and defended. If we are intelligently grateful for our identities as Americans, recognizing our right, our duty to dissent and to defend, then indeed, divine grace will be shed upon the world and upon us. Happy Fourth! (Belatedly)
Posted by Unknown at 12:37 PM